Overview of Science and Duality Conference 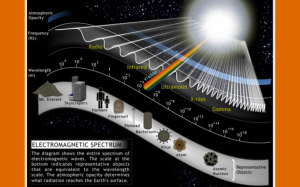 Overview of Science and Duality Conference

My overview of the amazing Science and Nonduality Conference in San Jose including the presentations Jay Kumar, Rupert Spira, Francis Lucille, and Deepak Chopra  and more. Excerpted from this month’s issue of Collective Evolution.

Posted on November 7, 2013 in Uncategorized

Going Beyond the “Yes-No” Computer 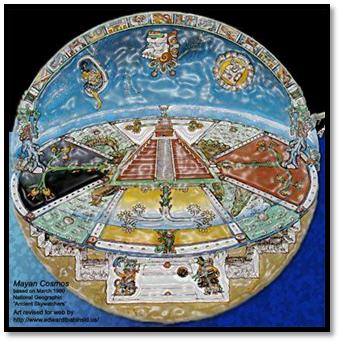 Biocentrism is a new “theory of relativity” or potential “theory of everything” — rethinking our view of reality relative to our biology – and finally inclusive of consciousness. According Dr. Robert Lanza and Robert Berman, the authors of ‘Biocentrism’: How Life Creates the Universe“, Life is primary, not the accidental occurrence of a random and lifeless universe.

Our biology therefore is the basis for our notion of reality, and our experience (which science has not accounted for) include a Consciousness that seems to exist outside of Space/Time – an infinite intelligence.

Let’s try to understand this experientially. We all use computers today, with software that “works” in the real world.

For calculation we use the decimal system – we have separate symbols for 1 – 9, and then the next value is 10, and so on.

So why do we use the binary system in our computers? The most obvious answer is that each calculation is an electric switch, which is either on or off. This allows it to be electrically “switched” according to software instructions within the silicon chips that calculate at massive speed.

If you think of a light switch – there is no dimmer, or three level switch, which might represent a “trinary” system. That would be too complicated and expensive to manufacture.

(A “trinary” belief system – what a concept: The Father, Son and the Holy Ghost?)

It also turns out that “our” brains run on a binary system – sometimes known as “dualism”. We “see” things generally in opposites – Yin/Yang, masculine/feminine, on/off, good/bad or yes/no.

(So perhaps we created the computer software “in our image?”)

Language provides us with finer shades of meaning; instead of black and white, words let us think in areas of “gray”, but again our language is structured as binary – subject and object (and noun and verb).

This dupes us into “thinking” we comprehend reality as it is. But there is no such structure in nature – there are no subjects and objects – there is only movement. Nature, or Life, never stops. As Buckminster Fuller wrote, “I think I am a verb.” For a really clear presentation of this, I suggest watching almost any video by Rupert Spira.

So as we examine nature from a Biocentric perspective, and begin to integrate a sense of the meaning of Consciousness, the first thing we must take into account is the limitations imposed by our own dualistic (yes/no) brain – and its limited thought structure.

If we consider that a binary system of only two symbols is obviously restricted (we already know of another system of calculation which uses ten symbols before the Zero – our decimal system), can we begin to imagine as system with NO restriction.

Not a binary system, not a decimal system, but a system beyond the limitations of our thought entirely?

That would be the beginning of a recognition of the scale of Consciousness.

It is interesting to comprehend this in the realm of “prime” numbers. Primes are numbers only divisible by themselves and “1” and as you get larger their frequency obviously diminishes, but theoretically there would be an “infinite” number of prime numbers (there would always be something higher).

In a recent “thought experiment” on this topic I pointed out that with the help of supercomputers (still calculating using an on/off, yes/no, dualistic and binary system (like our brains), “the largest prime number has been calculated, each time as a result of more processing power. The record is currently held by 243,112,609 − 1 with 12,978,189 digits.”

Consciousness as has been speculated is beyond the space/time limitations of our brains – and truly “Infinite”.

Consider other so-called infinite constants—Pi, or the relationship between the radius and circumference of a circle – 3.14 etc. and Phi, or the “Golden Mean” or 1.618 – which is the ratio of the famous Fibonacci sequence of numbers where each equal to sum of the previous two numbers – each imperfectly (not a “whole” number) expressing a perfect relationship found in nature.

(Both relationships are also, apparently, expressed in many ancient monuments including most famously the Great Pyramid—could they be a sign of a deeper comprehension of Consciousness as Primary?)

To us, as Deepak Chopra has said, Infinite is “just a concept” of our yes/no brain for something truly unfathomable. Try grasping infinite by going out and looking at the stars and trying to figure out what is “outside”. You cannot mentally do it. It strikes you in your heart, gut and body.

In his recent Workshop on “What is Enlightenment?” Michael Jeffreys made the interesting point that Infinity “is not just one more thing–higher or bigger” – such as the next largest prime number or decimal place, and then the next one, and then just one more…

Infinite would = ALL. EVERYTHING. That is Consciousness.

Compared to our own supercomputers, or even our brain, both running binary “code” – and remember that our DNA is also “code” – Consciousness would be beyond any limitations of a binary, decimal or million or trillion-based system.

The “base” of Consciousness would literally be incalculable.

Our science, limited also by dualistic and binary thought, has finally come up against this on the quantum level, where space/time makes no “sense” without an Observer – or the reference point of Consciousness –the present moment.

To truly understand Nature and Reality, we must (as Biocentrism suggests) begin to comprehend the “scale” of Consciousness, or the basis for our very existence – and of course the word is merely a pointer to the reality of what Life is… “biologically” or “organically”.

The question becomes, can our current “religion” (belief system) of science, which assumes our existence as a given and absolute perspective (because Consciousness is too complicated to consider), begin to work objectively with this scale of being?

After all, the Infinite does exist. Look into the sky at night. And look into yourself and notice what has been “seeing” everything. It is not your thoughts or your emotions.

As Eckhart Tolle says, it is something the mind cannot understand (as a binary yes/no) system.

It is what some have called God or Source. And it is what science and Biocentrism are beginning to comprehend as an infinite intelligent energy that is simply here and EVERYTHING: Consciousness.