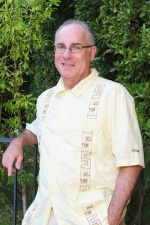 About four years ago my life took a detour, not completely unexpected because I had travelled widely including Egypt and the Yucatan and studied philosophy, science and metaphysics.

As a high tech writer I wrote a number of books, spoke about and taught software, but became convinced that there was a meaning behind technology that was beyond going public and making money, or the capacity to frustrate end users or influence their spending habits. My perception with respect to that meaning is the subject of this blog, and is also addressed at its core on the Video Presentations page.

As a business and technology writer, my latest book is Tools of Engagement: Presenting and Training in a World of Social Media and in its final chapter I took the liberty speculating a bit about the Internet as a “planetary nervous system–a bit of foreshadowing of my subject matter here.

In 2010 I also wrote “Easy Office 2010.” Previously I wrote “Master Visually Microsoft Office 2007” and I served as the Office Reference Guide for InformIT.com. Published in 2006, “Solving the PowerPoint Predicament: Using Digital Media for Effective Communication” is a detailed, project-oriented approach to creating effective multimedia presentations.

I have appeared on Tech TV’s Call for Help as “Professor PowerPoint” and have spoken at InfoComm and PowerPoint LIVE, as well as working as a “technology coach” for corporations including Iomega, MTA Films, Nurses in Partnership and the Neuroscience Education Institute. I also taught regularly at Learning Tree International, West LA College Extension and privately around Southern California and does presentation and video consulting in Southern California.

Among my other books are “Teach Yourself PowerPoint 2003 in 24 Hrs,” “Easy Digital Music,” “Easy Creating CDs and DVDs,” “How to Use Ulead DVD Workshop,” “Digital Video on the PC” and the update to PeachPit Press’ “Visual QuickStart Guide to PowerPoint 2002/2001.”

My eBook, “Do Your Own Ning Thing: A Step-By-Step Guide to Launching an Effective Social Network”

3 responses to “My Story”