The following is a short story I wrote in college, which my mother loved because it reflected her dark view of life. On the other hand, in light of my hosting the documentary film Call of Life on May 20th at the Gateway Portal, it also speaks to what the Dalai Lama refers to as the interconnectedness of all living beings—and also our treatment of one another, and other life forms. For more on the event visit The Gateway Portal Meetup Page for the event. 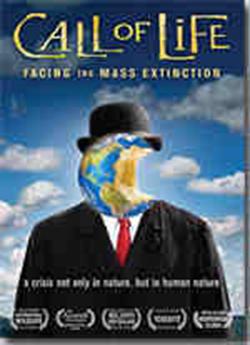 The New Cell – by Tom Bunzel

When I woke up that morning I was in a brand new cell. I had no idea how long I had slept and it really made no difference. There isn’t anything else to do around here besides eat and sleep, and eating takes so much out of you that I prefer to spend as much time as possible in some kind of stupor.

The only time the monotony is broken is when they decide to do things with us. Apparently some of us are somehow special. Many of the inmates from the cell I was in previously died of malnutrition. Others, across the corridor from me, looked awfully groggy and couldn’t move their eyes around at all. But somehow I managed to survive and now they might be working on me again. For the moment there was nothing to fear.

I looked around the cell and noticed that it resembled most of the others in which I’ve been. There were bars in front of me and wall on the other three sides. There was the usual water supply along with the exercise unit, a big metal bar which is often in the cell. They make you work for your food and if you push the thing at the right time they send lunch and dinner in on a tray.

This time the cell was a bit different. There were two lights above the metal bar and I had no idea what they were for. I had never seen anything like them before, although I had occasionally noticed such fixtures in neighboring cells. I decided to try to get some more sleep when one of the lights flashed green. I didn’t pay any attention to it and just then the other light flashed red. It had happened in the other cells too, apparently, because the others got up really fast and rushed over to the metal things. They were pushing on them whenever one light or the other would go on. Some were even getting food but I wasn’t really very hungry. Then all of the sudden an electric shock came through the floor. I jumped up toward the bar and pushed it. Another shock came through. Green light. I pushed the bar. Another shock. Red Light. I pushed. Some food came through the tube and I put it away for later and tried to relax, to regain my composure and try to deal with these new circumstances.

Just as my muscles loosened the green light flashed again. It was followed rapidly by a shock. The green light again. I braced myself for another shock but it didn’t come. Red light. Shock. Green light. Shock. My mind was spinning and I tried to concentrate. There had to be some pattern. There always was. I ran over to the bar and got ready. My left side was in pain already.

I pressed the bar after every light and the shocks stopped. Then I pressed the bar after two successive lights of the same color and another shock came through. Another pattern entire1y. I was now getting hungry and I had already devoured the small portion of food which I had hoped to save for later. No more food had come through in some time. Two reds flashed in a row. I decided not to press this time, and small portion of food came through the opening.

I had been used to full meals when anything came through. This was a whole different setup. I swallowed this piece rapidly for one never knew how much time one had. Now one green light was following another in rapid succession. Food came through the opening every third one and a shock followed after every other. I didn’t know what to do. There had to be a way of stopping the shocks and at the same time to get the food. I could hardly see the white walls now. My eyes were getting blurred. I realized that this might finally be it.

My luck bad always held in the past. Sometimes I had been in cells without any levers whatsoever. Sometimes the lights would flash and still the food would follow. But now? Who knows what sort of pattern these lights are in? In fact, I was beginning to doubt whether there was even any pattern at all. That was what I had always feared.

Now they were flashing red lights consecutively. Shock followed shock and I couldn’t even taste the food which occasionally came through .the opening. Across the corridor the others seemed to be doing pretty well. But next door I heard a thud and then a shrill whine as someone fell against the adjacent wall. I pushed the metal feverishly now after every light but the shocks continued.

The click of the bar was followed invariably by yet another shock. But on the cells on either side of me there were no more clicks. Across the corridor they had stopped pushing the bar. I decided to try that. I stopped pushing too. Shocks kept on coming for a while and then, miraculously, they stopped. Lights flashed and I didn’t move. My left side was now completely numb. Then food began to stream through the opening and I realized I was somehow safe again. I had managed to figure them out. I sniffed out a clean corner of the cell and lay down to rest, scratching my belly and sweeping the cell clean with my tail.