Who Am I? A Morning with Jacob Needleman 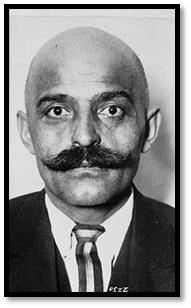 This past Saturday morning I was fortunate enough to “attend” an online seminar by one of the most powerful writers and thinkers of our era, Jacob Needleman, author of An Unknown World.

This particular Webinar: “Introduction to Gurdjieff” was of particular interest to me because I had read not only many of Dr. Needleman’s books, but also much of the work of G.I. Gurdjieff, and his most famous student, P.D. Ouspensky, author of “In Search of the Miraculous.”

For those unfamiliar with these individuals, Gurdjieff was an enigmatic figure, a mystic and hypnotist who appeared in Russia in 1912 and attracted a devoted following of students who sought to “awaken” from the deeply conditioned sleep that the teacher claimed prevented true knowledge and consciousness. Gurdjieff later opened an academy in Paris and travelled to America where he again attracted noteworthy followers, including the wife of Frank Lloyd Wright, who himself became interested in Gurdjieff’s ideas and cosmology.

I became fascinated with this teaching in my twenties and it followed me throughout my life; one of the more interesting aspects of it is that it is not publicized and in fact one of the tenets has always been that it be kept hidden from those who did not possess a deep yearning to discover such truth. It is only in today’s world with the Internet that much of these concepts have come to light and been popularized (and perhaps distorted) – and components can also be found in the work of many other teachers including Anthony Robbins, Werner Ehrhard, Bagwam Rashneesh, Alan Watts, Wayne Dwyer and Eckhart Tolle, among many others.

Dr. Needleman has hinted at these ideas through his more mainstream philosophical works but I was particularly interested in how he would approach such a significant topic online, in the space of only two hours.

I had expected more of a historical account of Gurdjieff’s work and his ideas, but Dr. Needleman surprised me by suggesting that this work truly embodied what the philosopher Plato first called “Eros”, namely most deeply felt inner yearning for contact with the highest realities. I recall that in “In Search of the Miraculous” Ouspensky writes that in his inquiry there is first the identification of a deeply held yearning or wish to know something that becomes the most powerful motivating force of one’s life – answers to questions of the heart.

Therefore Dr. Needleman instead posed what he deemed to be the 10 most fervent Questions of the Heart (unanswerable by ordinary knowledge), and echoing part of “An Unknown World,” he suggested that a deep question is more important than a shallow answer.

In this context Dr. Needleman is saying that what Gurdjieff brought in his approach to these subjects is a probing faculty that takes into account the Western need for “answers” and addresses Western science as well—and yet finally approaches issues which science, until recently in neuroscience and quantum physics, has deemed the province of mysticism or religion (unscientific).

So then what are these Ten Questions? It is interesting to note that in many ways they are the questions a child will ask to the exasperation of elders when he or she begins he endless inquiry of “Why”…

1 Are we alone in the universe? In Gurdjieff’s cosmology and in Needleman’s latest book is the deeply held belief that the Earth is a living organism – not “like” a living organism (metaphor) but actually so, and it is only our deeply conditioned “scientism” that prevents our experiencing the world as such.

What is fascinating about these ideas to me is that they are not “religious” in the ordinary sense—there is no personal “higher Being” but rather a witnessing to the obvious reality of man’s scale within the cosmos that speaks to awe and mystery.

Another aspect of this question is the realization through direct experience we discover that, at the heart of the living universe is an intelligent power, which becomes accessible to us only if we penetrate our own deeply conditioned egoism (which suggests separation and the ability to know objectively apart from understanding the reality of our own consciousness).

Science has focused exclusively on outward directed experience—with the assumption that we are somehow separate from the experience – a subject experiencing objective reality.

A big part of this method is objective and “ruthlessly honest” self-observation, and the study one’s own illusions and self-deceptions.

With the process of self-observation come a series of shocks when we truly perceive how far we are from what we think we are. Here another kind of knowing emerges which awakens a capacity of attention that is more truly my Self – Dr. Needleman describes this as a “coming home” or presence.

Gurdjieff called this continuous process of inward attention Self Remembering – returning from the distractive illusions of the exterior world and coming back into where I really am.

One of the shocks of self remembering is the recognition of how distracted we are by the world, and how many different “I”‘s or “Self”s actually exist through our bodies and experience depending upon our circumstances, moods and illusions about life.

Here are the other deep questions to be considered. Facile answers are to be avoided; instead a deep inquiry into every aspect of these issues is encouraged.

3 Why do we live – what is the purpose of human life?

1) Suffering of the ego (story – self imposed) [Identification – attachment]

2) Seeing the truth about myself (aware of my illusions, nothingness)

3) Injustice and loss – sorrow – the unavoidable circumstances that life will bring through intimate loss, death or war and rampant inhumanity.

Here Dr. Needleman introduced the notion of an experience of time-lessness which exists in a different way – a different quality of time that is almost “vertical” as opposed to horizontal linear time, taking us into other dimensions beyond those of our ordinary sense. This brings up the question of a Soul which Gurdjieff claimed did not exist at birth but can only be developed through inner work and struggle.

As an aside it is my belief that this is the precisely the purpose of group work or intense body therapy which makes us confront our conditioned beliefs and “alchemically” change our own brains as we begin to “reprogram” our misconceptions about ourselves, about others, about our egos and the true scale of the world around us.

6 Why is there evil?

Here Dr. Needleman said that Gurdjieff suggested that “We cannot imagine what man can be.” Of course evil can make us aghast at the negative dimension of human nature, but “the development of true Conscience” can begin to develop our positive capacities.

7 What can I hope for (that is not just a fantasy)? Not merely (conditioned) self suggestion?

8 What can we really know? (we live in a world of appearances)

It is the discipline of self observation, sometimes ruthlessly honest, that can expose our illusions and bring us to deeper truth.

9 What ought we to do? Or is morality relative?

Is there a source of objective knowledge of values.

Gurdjieff wrote that in the deeper aspects of ancient art there is the chance to “digest” nourishing impressions that can lead to the experience of humility and awe that can develop conscience and an objective morality. But what that may be is often mired in human fantasy and everyone must discover such truth for him or herself.

Can I live more welcoming the difficult moments in order to study my own capacity for presence? We live in a world which worships ease and comfort and where discomfort of any kind is to be avoided as “wrong.”

Again all of this ultimately leads us back to self-knowledge and “presence” – a sense of connection to that which is real. To me the key here is that every individual must discover this for him or herself, no external “test” can measure reality from the dimension of scientific detachment – and it is only when I am fully present that I know it… with depth. It is not a “belief” – it is a certainty.

It was Gurdjieff’s assertion that this sort of work cannot be done alone and that it must be accomplished within a “School” – which he saw as not a fixed physical structure but rather a psychological set of conditions for awakening of conscience administered by those who were more advanced.

Of course determining the “qualifications” of such “teachers” is a difficult task in itself.

Through his writing I have always felt that Dr. Needleman has had the unique capacity to point the way to these truths, and to me the fact that his wisdom can be accessed from the comfort of my living room is a miracle.

I also made the effort to hear him personally on several occasions in the bay area. It is interesting to me that his latest book “An Unknown World” resonates so strongly with another work by a favorite of mine, Eckhart Tolle, namely “A New Earth.”

It is my belief that deeply taking in and opening to any of the ten questions posed above and exploring them within oneself, and with like-minded souls, is among the most satisfying tasks one can undertake. It is the essence of philosophy.

One response to “Who Am I? A Morning with Jacob Needleman”