The Meaning of the Mayans: Wake Up

Many of us have been making snide jokes and laughing somewhat nervously at the various speculations around the Mayan Calendar and this Friday’s “mystical” date of December 21, 2012.

Let me take a stab at connecting some of the dots.

First, let’s look at the details of what the Mayan calendar represents. According to writers like Joshua Berman (HuffPost), “the Maya Long Count calendar will click over to read “13.0.0.0.0,” (pronounced “thirteen b’aktun”) for the first time in 5,125 years.”

Others have likened this to the odometer in a car clicking to the next 100,000 miles (or being reset to zero); if you remember the Y2K scare it had to do with a similar issue in terms of “counting” due to the potential limitations of then-manufactured computer chips to “keep up”.

Regardless, to a species with an average life span of about 60-80 years (now), keeping track of such immense periods of time is an amazing achievement. It speaks to a relationship with nature that we can only barely imagine.

For us, with our iPhones, planning the next week and making the schedule conform to our expectations is a stressful undertaking. These people presumably lived in a harmonious relationship with planets and stars that were measured in infinitely greater cycles.

In fact, it is speculated that the Mayans knew as other ancients did of the “great cycle” – the Platonic Year as it is sometimes referred to, or the time in which the earth’s axis makes one complete rotation—and how this movement shifts over eons to point to a succession of stars, currently Polaris (the North Star). 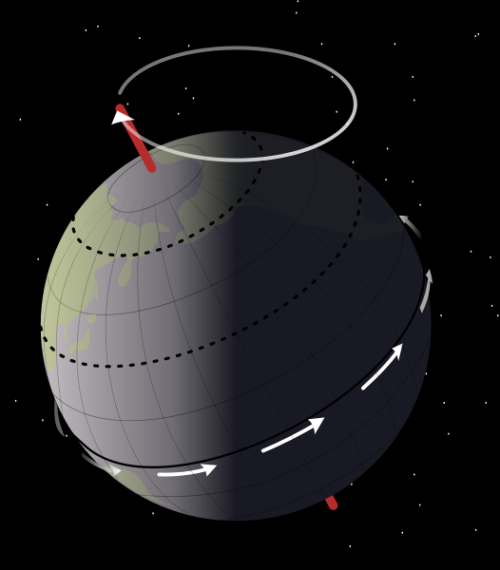 This cycle is just less than 26,000 years. Take that in; there is good evidence that ancient man lived in harmony with a set of beliefs, encoded in mythology, that connected him (or her) to cycles in nature of such a vast duration – 26,000 years.

In Hamlet’s Mill by Giorgio de Santillana (a professor of the history of science at MIT) and Hertha von Dechend contend that “much mythology and ancient literature have been badly misinterpreted and that they generally relate to a sort of monomyth conveying significant scientific and specifically astronomical ideas and knowledge.”

This to me becomes the root of our gnawing discomfort with this Friday’s date—that despite our scientific “advancement” and achievements we have lost a very deep connection to a different sense of time, and connection to reality.

We are living in an age when time seems to be accelerating and we never seem to have enough of it, despite sharing our own overstuffed calendars on the Internet and among co-workers.

For us, there never seems to be enough time. A few of us have discovered that meditation, or creating space, can help with the endless compulsion to “do” being thrust upon us by our conditioned mind.

But what is it really all about?

Our scientifically certain age has cost us dearly. We each inhabit separate ego “selves” that neuroscience has discovered are simply energetic networks of conditioning in our brains.

Is it possible that ancient people were not subject to this conditioning, and therefore had a deeper connection to a far greater “mind” – Nature itself – including its infinitely vast spans of time and cycles?

As my friend Michael Jeffreys has recently concluded it is this “illusion” of separation (called Maya in India) from which ancient teachings (like a Course in Miracles) would have us awaken. But we are so caught up in the dream (and attached to our iPhones) that this is a tall order.

Not rationally or intellectually but deeply, through his or her physical senses—the same senses that the intelligence of that scale instructs by beating the heart and circulating the breath an infinite number of times in the life cycle of the being that has this sort of connection to Nature.

That is why meditation is about observing the breath and letting thoughts come and go.

Twenty minutes a day is a valuable practice, and one that many of us are undertaking as we keep one eye on the Mayan calendar – because we sense that something much Bigger is at work beyond the reach of our iPads and computers.

But what if we carried that sense of space (and time) throughout our day, allowing events to unfold without judgment or guilt?

Again consider the ancient human without the iPhone. Before he thought of himself as Igor or Fred with a mind chattering away about what he “should be” doing.

Does the Earth “know” it is the earth. No. As the Mayans knew deeply it has moved through the heavens in cycles echoing our own breath and heartbeat, which they could measure, and which they deemed SACRED.

But this is not the same sense of the Sacred of our guilt-laden organized religion.

This is the deeply dark and scary sacred we know only in our own dreams and sojourns into the shadow—a connection to our bones, our blood, our brains and our hearts.

This is a sense of the Sacred borne out of a deeper understanding of the Intelligence of Nature.

The apple “executes” its code with a sacred wisdom that the Mayans understood but we have lost connection with through our scientific sense of superiority and arrogance.

DNA, the intelligence in our “selves” beyond the identities we dream ourselves to be, reflects a sacred Intelligence hinted at by Quantum Physics and Astronomy—of numbers and spans of time beyond our comprehensions. Heartbeats that are 26,000 years in between. Breaths that take 144,000 of our days.

That is the time scale of the Universe. If we take it in, awe is the only proper response.

That’s what December 21 is about, and why we laugh nervously as it approaches.

We sense that our judgments about what is truly real are wrong and deeply flawed and that our minds, small in comparison to a far greater and sacred intelligence, have been fooling us.

On Saturday morning it will be time to wake the fuck up.

One response to “The Meaning of the Mayans: Wake Up”