A Journey to “Extremistan” 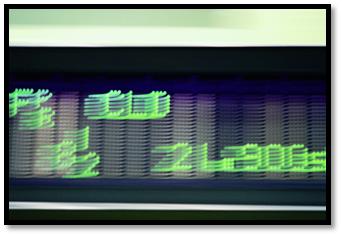 Sometimes a kindred soul appears from the strangest places. My friend Jim Bass recommended that I read “The Black Swan” by Nassim Nicholas Taleb, a renowned statistician, philosopher and financial analyst.

Taleb’s book gained notoriety largely because he predicted the financial collapse of 2008 based on his “Black Swan” theory, and perhaps more significantly put his money where his mouth was and invested accordingly, profiting handsomely. His work has offended and derided academics, politicians and financial “experts” as well as conventional philosophers, which is a big part of why I love it.

The concept of the Black Swan is that for centuries in the Western world only white swans were known to exist. Then, when Australia was explored, the first black swan was discovered; seemingly out of nowhere and with no way to predict the event beforehand. Suddenly, the entire human knowledge of swans was turned upside down.

According to Taleb it is precisely such Black Swan events which have most affected our evolution and civilization. Yet according to the “experts” it is only those events that are predictable and controllable (which it turns out Black Swans can only be with hindsight) that are capable of being rationally and scientifically understood.

But Taleb suggests that the world does not conform to our scientific understanding, because our species has only recently entered a new world. Mainly through our technology, we have left the relative safety of what he calls “Mediocristan” (the world of the ordinary and average, largely predictable events) for the reality of “Extremistan” the real world of events of a much greater scale and effect.

One of aspects of Extemistan is that events occur on a scale of time much longer than human lifespan; for example it took centuries for “modern” man to actually discover a black swan.

He illustrates this concept in two scenarios. In one, a thousand of world’s men are compared by height—and the deviation from the smallest to the greatest seems quite large enough in the world of Medicristan.

Then, he compares not the average heights of men, but their net worth, and he notes that by adding just one “outlier” or abruptly larger individual, for example, Bill Gates, to the sample, that one personal fortune is exponentially larger than the entire rest of the sample.

He is a Black Swan. Welcome to Extremistan.

Taleb’s point is that humanity has lived in Mediocristan for much of its existence on Earth; for example for most of the history of warfare weapons could only really kill up to hundreds of people at a time. But now we are in an entirely new world of Extremistan where suddenly a weapon can kill exponentially more—millions at a time.

He cites 9-11 as a Black Swan event—predictable by experts only in hindsight but on a scale previously unthinkable, which is why it shook us to the core.

In terms of the financial collapse of 2008, Taleb takes the position that it was the “experts”(Federal Reserve, Congress, banking industry) false sense of control and the certainty that they knew what they could not know (oblivious to the Black Swan) that led to the unthinkable—the collapse of banks that were too big to fail.

Taleb maintains that only by being open to the possibility of a Black Swan event can you minimize its impact (if negative) or profit from its effects (if positive). He was led to his analysis of the impending collapse of 2008, by his understanding that a smaller Black Swan event had impacted banks in 1982 (the first bailout of the Savings and Loan) when during that summer the banks lost more money than they had earned throughout all of their previous history (a true Black Swan event).

What intrigues me so much about this approach to reality is that while natural Black Swan events (earthquakes, tsunamis, tornadoes) have impacted mankind (and were once attributed to the “Gods”) it is the explosion of technology and science (beginning in many ways with the printing press) that has accounted for the current acceleration and proliferation of Black Swan events.

It is no accident that Bill Gates, who monetized software on an unimaginable scale, was a prime example of Extremistan—we could add Steve Jobs and any number of other college dropouts who were not “experts” but who revolutionized our lives through their insights.

Similarly in astronomy, with the new technology, we suddenly know our true and precarious place in an exploding universe, and in quantum physics we have become aware of similar disruptions of common sense (an electron is both a particle and wave)—all of which have brought both incredible advancement and at the same time a sense of dread.

As Taleb describes, none of these achievements came out of the known and predicted—they all unfolded from a realization that Nature is far more complex and greater than our previous rational attempt to control and comprehend it.

That is why our ego’s response to such a new perception of reality is fear—and possibly why the ancients attributed these overwhelming and unexpected events to the Gods—anthropomorphic representation of forces beyond their comprehension.

Of course our current God is Science, and we look to our “experts” to know and explain everything, and many of them do according to theories that are generally proven wrong in a subsequent generation.

So what is the individual to do when confronted with such a world—beginning with an event like 9-11 and perhaps exacerbated by the sudden potential collapse of the monetary system?

It is hardly surprising that human response to most visits to Extremistan is fear and anxiety. Living most of our lives in Mediocristan we have been conditioned to believe in our ability to know, understand and control everything—even Black Swan events.

Taleb’s apparent response is not reassuring to the rational mind. He suggests embracing volatility (with respect to the markets, for example) as a reality in the same way that Eckhart Tolle accepts “not knowing” as a more realistic response to life (as opposed to the ego’s conditioned expectations).

While many would conclude that this is a position of passivity and doing nothing, neither Tolle nor Taleb make that case; on the contrary, and paradoxically, not knowing what one cannot know can liberate one to act based on a connection to “what is”—through the intuition and the heart—and not be misled by a myopic view of nature based purely on the intellect.

Taleb suggests that in the world of medicine (and probably also in finance) this can first mean “do no harm” – only act and intervene when something is truly knowable and not based on the expertise of experts. Cognizant of the potential Black Swan, prudently protect yourself from exposure to undue risk not through fear, but through the confidence of a true understanding of Nature—that is, a reality infinitely beyond your ability to fully comprehend or control intellectually.

Taleb is currently refining his work in a new book anticipated this fall: “ANTIFRAGILE: Things That Gain From Disorder” and his web site is www.fooledbyrandomness.com. It is interesting to consider that much of what can be considered random is merely unknown by us in the present, but may become known in the future.

For example, an eclipse may have seemed a random event until we “knew” that the moon circled the earth, and the earth circled the sun.

On the other hand, another natural event, the end of the Sun (which we have witnessed through our technology in the death of other stars) is well beyond our comprehension and control—taking place in time and space beyond our experiential comprehension—presumably in millions of years.

Taleb’s contribution is largely freeing us from the misconception that everything is ultimately knowable abstractly or in theory, without our participation in Life—what he calls having “skin in the game.”

He asserts that had the bankers who caused the financial collapse truly been exposed to the consequences of their stupidity, along with politicians and economists, rather than passing those costs on to the general public, the Black Swan of 2008 might not have happened.

His key point is that knowledge of Life comes from experience and exposure to risk, not from thinking theoretically but by living freely and courageously. And it is interesting to note that the root of the word courage is “coeur”—or the Latin word for heart.

Taleb writes, “You cannot do anything with knowledge unless you know where it stops, and the costs of using it.”

As the ancient Greeks wrote at Delphi, “Know thyself” (and your true relationship to nature) to which they also added (according to Eckhart Tolle) “You are”—living and not theorizing.

For better or worse, you live in Extremistan. Deal with it.