Wake Up Call: Why I’m Writing This 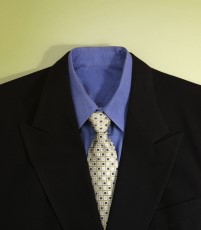 Today a lot of people are suffering—studies suggest that one in nine Americans are depressed. And in fact many have lost their jobs and homes, and these are traumatic experiences that can shake anyone’s foundations.

But I can speak from personal experience when I say that many of us are also the victims of a deeply conditioned set of beliefs that are now being challenged, and our suffering is not only the result of our actual circumstances, but rather conflicts within us about what the point of anything may be.

Another study has shown that people in developed nations suffer from depression more than poor nations; some of this may be attributed to the fact that “advanced” nations have more of an infrastructure and interest in even analyzing such facts—and the time and resources to do it.

But I believe that the crux of the matter (crux presumably being a word related to crucible) is related to the famous parable of Jesus that it is easier for a camel to get through the eye of a needle than for a rich man to achieve the Kingdom of Heaven.

The reasons I am putting forth here are two: first those who are in advanced countries and not completely preoccupied with just surviving have developed an expectation of prosperity, which when threatened, leads to tremendous anxiety. In our country people who today have no job or home just a few years ago had both, plus all of the “things” that were supposed to bring them meaning—cars, boats, flat screen TVs, stereos, vacations, and so on.

The second reason is that people in advanced countries and our own population in particular have been “educated”, or conditioned, into a reality that simply takes existence for granted—we seem to be here to consume and live without thinking much if at all about what the nature of Nature may be.

In fact, our science tells us directly that questions about meaning, consciousness, existence, and our own participation in “what is” are unanswerable and meaningless. Our brains are used only for calculating how to survive and thrive—to build roads and bridges, go to the moon, cure disease—but not really to reflect or consider our relationship to what was here before we ever arrived.

The immense power of the scientific prejudice that we don’t need to know or wonder “why,” just worry about “how,” has led to the dominance of a technology that now contributes to our feelings of powerlessness. We spend hours on the phone with faceless technocrats to fix mistakes in our credit, banking, billing and other critical matters, and even if we talk to a human, they are working from a script written by lawyers and accountants.

Douglas Rushkoff has cautioned about this aspect of our reality in a book called Program or be Programmed, in which he urges people to understand the nature of brute technology for its own sake and how programming can literally operate to strip us of the ability to exercise control over our lives.

And programming has its effect not just externally, in our ability enjoy life and be free of constraints of bureaucracy, but also internally in the way we have become conditioned to believe that we have the correct perspective and knowledge of how things “should be” – and when reality deviates, we suffer.

I had a personal experience several years ago when two of my most fundamental beliefs about my financial stability and my emotional ability to live alone and apart were challenged to the core.

My first reaction was a deep fear—like the foundation or floor of my existence was suddenly taken away and I was in a sort of free fall.

I’ve been helped enormously by a deeper, more profound insight into the fact that much of what we think we “know” is in fact wrong.

Writers like Eckhart Tolle have convinced many of us that our talking minds (the Ego) are not free, but in fact conditioned to believe we know how things should be. His concept is that when we fight with the present moment—how things are—we suffer.

Again, this suffering is not because of the circumstances themselves—some of which can be dire to be sure—but rather because we have a false set of expectations, deeply programmed and conditioned, about how things ought to work out for us.

Byron Katie puts it well, she says, “when you argue with reality you lose at least 100% of the time.”

When my beliefs were suddenly exposed as wrong and my fear came up, it was my mind itself which was able to make a bit of a leap, using the ideas in the first entry in this blog, to recognize that I am not the center of the universe, but rather that I was subject to a set of programs that worked like computer software or an operating system.

And, what’s more, all of life was programmed the same way, according to a set of instructions or commands that came into being before our “civilization” ever existed. Life has an intelligence beyond my own limited mental understanding or conditioning.

Remember that it takes supercomputers to decode the genome – or our code or set of instructions—and that’s just the code. The energies or programs that run according to these instructions, through us and around us, are infinitely more vast and powerful than anything created by Apple or Microsoft.

This enabled me to take a step back from the many assumptions I carried around about the nature of reality, and how things “should be” and recognize that they were mainly beliefs based on other peoples’ ideas—other people who may have meant well but who knew no more than I did.

Please understand that this is not an argument for complete passivity or total surrender to “fate.”

First of all, coming to this perspective is a daily practice and a choice—it takes effort to notice and understand, for example, that the noise being made by the leaf blower isn’t there to annoy me—I just happen to be there.

In fact, nothing is about “me” in truth, because most of what I think “I am” is a set of beliefs that I’ve adopted from my culture—and the most massive belief is that what I experience every day is significant beyond my own emotional realm, and that nothing higher, more intelligent or greater really exists or matters.

And I can’t just decide to discard these beliefs. They are in fact “my programs” and a living part of my own reality, which I also need to understand, accept, and perhaps even embrace.

Life suddenly got a lot harder for many of us for whom it had been relatively easy (even if we didn’t realize it at the time). But we need to remain aware that we have the capacity to see it in perspective as it really is, and not the way we may have been conditioned to expect it to be.

4 responses to “Wake Up Call: Why I’m Writing This”